Royal LePage Survey: 3.2 million boomers in Canada considering buying a home within the next five years

TORONTO, June 30, 2021 – According to a recent Royal LePage survey[1] of boomers in Canada, defined by StatsCan as having been born between 1946 and 1965, 35 per cent of the cohort – or approximately 3.2 million boomers[2] – said they are considering a home purchase within the next five years. Nationally, 45 per cent of respondents believe now is a good time to sell their home.

“The boomer generation appears to have no intention of slowing down,” said Phil Soper, President and CEO, Royal LePage. “Fully vaccinated, and turning a cold shoulder to retirement, the typical member of this huge demographic is enjoying an empty nest and believes real estate is a good investment. Millions of boomers are expected to wade into the market over the next five years.”

Of the 35 per cent of boomers who say they are considering purchasing a primary residence in the next five years, 56 per cent say they would consider moving to a rural or recreational region. Twenty-eight per cent say they would consider purchasing a larger home than the one they currently reside in, 56 per cent would consider a similarly-sized property, and 63 per cent would consider downsizing. Respondents were able to choose more than one option. The most popular reason for downsizing is less home maintenance (71%). Other popular choices include the ability to free up money for things like retirement (39%), travel (29%), and to help their children purchase a home (9%).

“Turning full circle to those carefree, pre-children years, most boomers are looking for a home that requires less maintenance,” Soper continued. “Paradoxically, they also yearn for country living and don’t want to sacrifice living space. Look for the continued growth of managed communities in exurban and recreational regions.”

Working boomers largely did not consider their region affordable (65%) and 42 per cent said they would consider a move to a different city, near or during retirement.

Since the onset of the COVID-19 pandemic, more than 550,000 Canadian boomers (6%) have sold their homes or are in the process of selling, and at least 90 per cent said the global health crisis neither caused their plans of moving to be postponed nor expedited.

“The boomer generation strongly values home ownership, for good reason. Real estate has been very, very good to them,” said Soper. “Most are still working and their home equity has become the bedrock of retirement security. Financially confident, their next move is a matter of lifestyle choice.”

Seventy-eight per cent of Canadian boomers believe that home ownership is a good investment.

As home prices continue to grow across the country, many young adults are turning to their boomer parents for help with a down payment on a property. Twenty-five per cent of boomers say they have or would consider gifting or loaning money to a child to help with the purchase of a home. In Vancouver, that figure reaches as high as 34 per cent.

“Over the past year, home values have appreciated sharply in virtually every market from coast to coast. Affordability is a major issue for young Canadians and with stricter mortgage stress test measures in place, they must clear higher hurdles,” Soper said. “Many are turning to the so-called ‘bank of mom and dad’ to achieve the dream of home ownership. The parental bank appears willing, even if it means delaying retirement.”

A recent Royal LePage and Sagen survey[3] of first-time homebuyers in Canada found that 62 per cent of respondents nationwide felt anxious about missing out on a property they wanted because of an insufficient down payment, before buying their first home. That figure increased to 75 per cent in Toronto and 69 per cent in Vancouver.

Of those who have children living at home, 43 per cent plan to stay in their current property once their kids have moved out. Meanwhile, 21 per cent said they do not foresee their children leaving.

By the end of this decade, all boomers will be 65 or older, which typically coincides with retirement in Canada. Twenty-seven per cent of boomers who are currently working said they would consider delaying retirement to help their children with a down payment on a home.

Schedule your free no-obligation home search criteria appointment with one of our real estate expert by clicking here: https://bit.ly/3xaNxhc 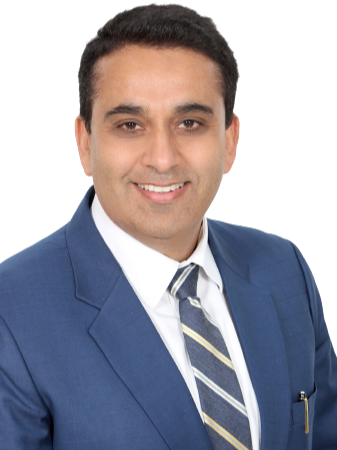 Sam Khangura, Broker of Record of Royal LePage Platinum Realty, based in Brampton is a full-time Real Estate Agent/Broker since the year 2003. He has lived in Brampton for over 20 years. During that t....

Is Now the Time to Buy a Vacation Home?

Similar to the residential real estate market, there are many factors contributing to upward price pressure on Canada’s recreational property market, including the ability to continue working

Royal LePage Survey: 3.2 million boomers in Canada considering buying a home within the next five years

Assessing the best return for your investment is paramount when undertaking home improvement projects. This means putting a priority on the jobs that are likely to be more valuable than others

Welcome to Royal Lepage Platinum Realty Brokerage. For most agents, a common problem is getting a steady stream of high-quality buyers and sellers to work with. They often end up on an income

By setting up an account you agree to receive updates on listings by these means. *

I would also like to receive email newsletters and periodic updates about real estate in my area and other related communications from Royal LePage Platinum Realty. I understand I can withdraw my consent at any time by clicking the "unsubscribe" link contained in the email. In addition, you also agree to our Privacy Policy and Terms & Conditions.
Royal LePage Platinum Realty 202-2 COUNTY COURT BOULEVARD, BRAMPTON, ON L6W 3W8